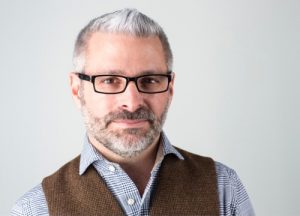 Richard Czuba has been conducting survey research since 1983. After serving as the Advisor to Michigan’s Governor for Research and Planning, overseeing a new brand campaign for the state of Michigan, and being extensively involved in both political and policy campaigns, he took his extensive experience in public surveying and policy, and founded the Glengariff Group, Inc. in 1998. He brings more than three decades of expertise in survey and focus group research, issue management, and strategic planning with all levels of government and public sector organizations.

Today, Richard is known for his clear spoken, non-partisan approach to public policy research letting clients know how all sides view a conversation. As the pollster for the Detroit News and WDIV Channel 4, he has a reputation for accurate and anticipated research. You can regularly see him on WDIV Channel 4 providing political context to national, state and local races.

Richard Czuba has a bachelor of arts degree from Michigan State University, and a Masters Degree in Public Administration from Western Michigan University.